When a deal is too good to be true, it usually is. We’ve all heard that, right? Unfortunately for Mr. Guytano Lemon, he heard that phrase a bit too late. When he rolled into a quiet river town of Stillwater he seemed to catch the break of a lifetime: getting a job as the resident grounds keeper to the grandest mansion on the edge of town. Only turns out what the locals had been warning him about, haunted, cursed, ect….. Kinda true. Sort of.

Join the story as Guy gets more than he bargained for and discovers the true secret of Hounds Hill Estate. Supernatural? Paranormal? Para-techno? Cryptids? Secret societies?! Read on. 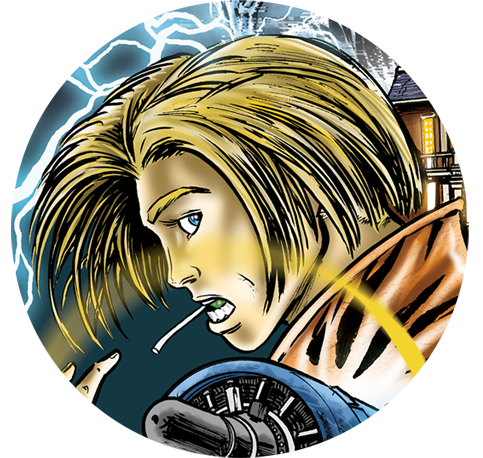 When Guy Lemon moves to the small river town of Stillwater, he was hoping for a slower pace of life. When he finds a job living and working at a fancy-pants old mansion on the edge of town he feels like life is finally going his way. However, when a deal seems too good to be true it too often is and Guy finds himself in way over his mop-haired head. Despite warnings from locals and friends he finds himself plunged into way more mystery and intrigue than he was bargaining for that morning. Between ghosts, gremlins, hellhounds, mad doctors, and possible clone of Elvis, and Shadowy Government Agents knocking at the gates, it’ll be amazing if he makes it through. 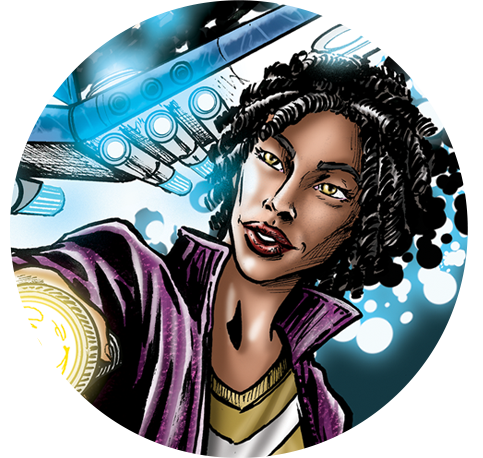 You’ve seen ghost shows probably, on tv, where people freak themselves out and say ‘bro’ a lot. Well, Jasmine is looking into the rumors and hauntings of Hounds Hill but she’s definitely not leading a team that says ‘bro’. She’s more of an investigator than ghost hunter but where those two interests meet, she’s there. When Guy Lemon moves to town and stirs the pot she’s close at hand to follow where the stories goes. Danger is the most likely outcome. Let’s be honest. 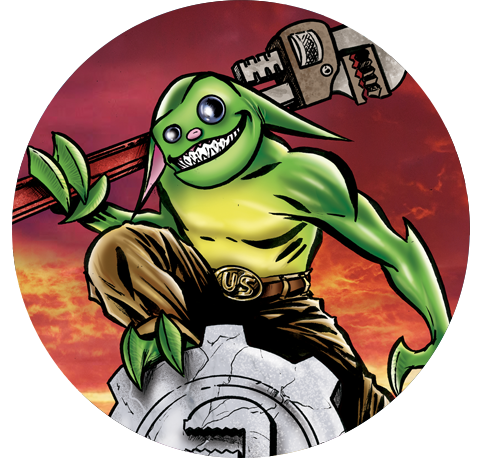 When U.S. and British forces discovered the existence of rugged and devastatingly curious creatures that loved wrecking airplanes and tech in the First World War they put that to good use in recruiting and forming a squadron of little, near indestructible wreckers to take down the enemy’s air power. Hank became a lead wrecking force in the war and beyond, fighting the powers of darkness from land, skies and seas, swinging his mighty wrench and clobbering evil. 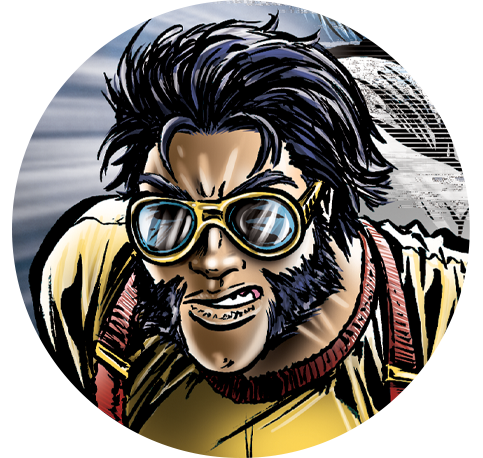 Not much is known about Rex by the locals in the small town of Stillwater, other than he’s the one they see taking care of Hounds Hill Estate. Often people think it is the ghost of Elvis wandering around up there as he has that old rockabilly look. However, far from being just a caretaker, his history with the rumored ‘Mad Doctor’ go deep. Dangerously deep. 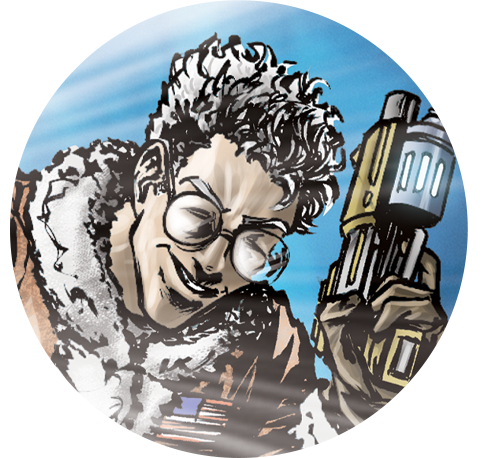 If there’s one person all events swirl around it’s the enigmatic mad doctor of Hounds Hill. With seeming unmatched brilliance in science he has been sought after by many. Being rescued from Germany in WW2 by the U.S. and British forces he thought he’d found a place he could make wonders for the betterment of mankind. Only till it was too late did he find he had been tricked into working for the MAGNI SOCIETY’s evil plans. When he disappeared with both his research and his prized inventions like the singularly desired GHOST PLANE he was a hunted man. 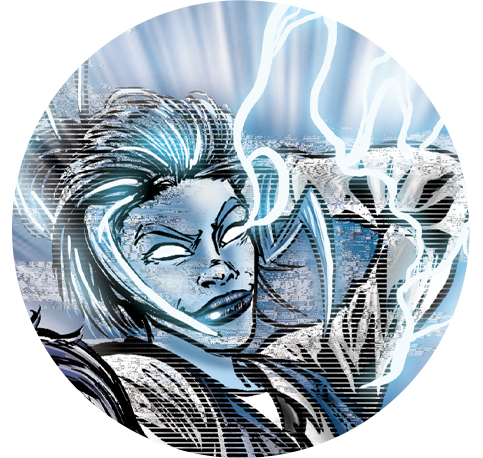 People from time to time have sworn they’ve seen a blue, hazy apparition of a woman drifting through the grounds of Hounds Hill thus adding to and stoking the ‘haunted house’ stories that fly around town. To the uninitiated, the high tech of Dr. Wynters is easily mistaken for the mystical and having a Virtual Entity Research Assistant to help with all experiments under Hounds Hill Estate is just such a thing that can be taken the wrong way. There is, however, more to VERA than meets the eye. 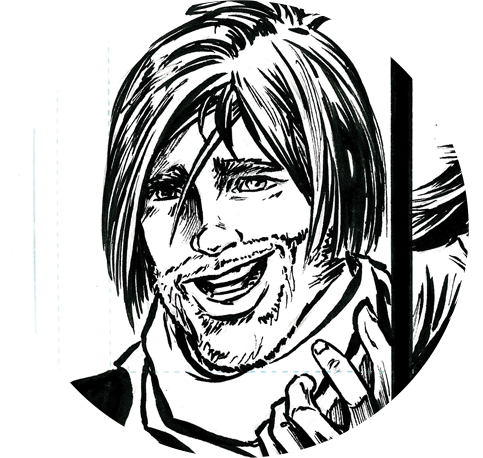 Loyal friend and amateur breakfast food enthusiast, Mike is the one who drew Guy Lemon back to the small river town of Stillwater with hopes of work and a new pace of life. As old school friends the trust and camaraderie run deep so when he warns Guy about the rumors about the old place at the edge of town, he’s not joking around. 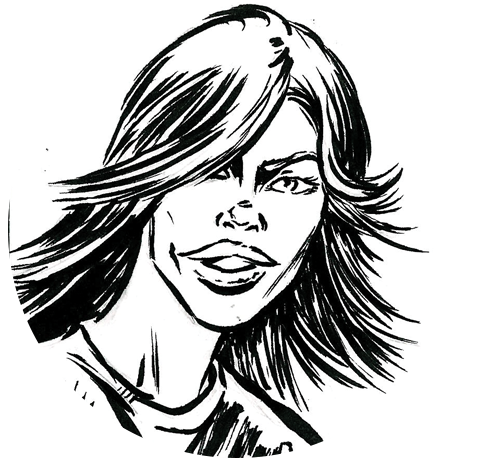 Knowing Guy Lemon from school, she does her best to help steer him in the right direction when he comes to town. A girl can only do so much to help. 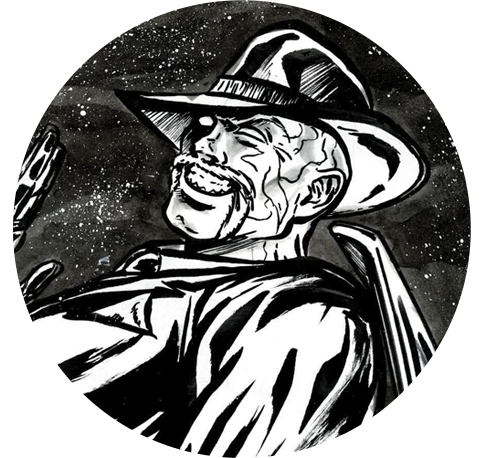 The nine most terrifying words in the English language are: "I'm from the Government, and I'm here to help." Stories of dark clad government agents approaching, intimidating and making those that threatening to expose secrets they wish to stay buried meet untimely fates are heard throughout the years. When this pair makes their appearance on the scene trouble follows quickly. Acting as the edge of the shadow of influence of the secretive MAGNI SOCIETY, when something or someone gets in their way, be sure there will be a reckoning.